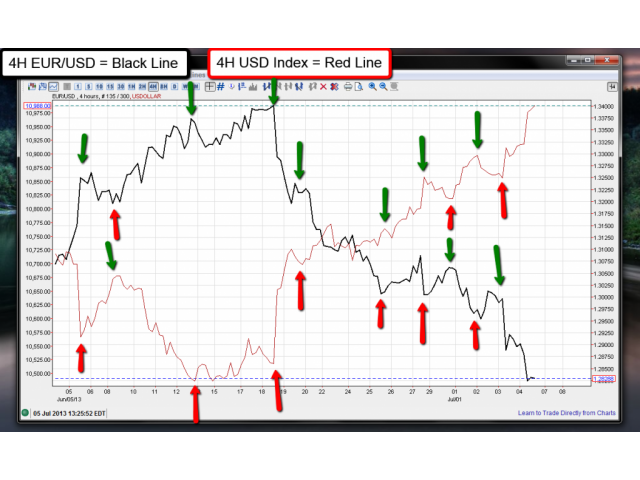 Arbitration has existed since ancient times. It is primarily a speculative strategy where someone attempts to profit from market failures and takes advantage of the price differences of the same trading instrument in either the same or different markets. Finding the right conditions and applying the arbitration strategy is not easy as many other traders are looking for the same trick in the market. And it often happens that when you find it, someone else has already made a deal there and closed it. So, even if it does not always, Forex arbitrage is mostly used by companies that have timely information and fast technology systems. There are better strategies for regular merchants, but at the request of one of our readers, we have decided to get closer to this approach.

Financial arbitration consists of buying and selling products as quickly as possible or, in the case of Forex, currency pairs and profit from their price difference. Basically, you buy an instrument if you see that its price is low in one market and sell it on another or even the same market if its price is somewhat higher. Markets are not perfect, there are inefficiencies and this creates opportunities for arbitration. In fact, arbitrage minimizes market inefficiencies, because if the product is underestimated, the arbitrators immediately increase the price when demand increases. When the price of the product rises, the demand decreases and the stocks will increase until their equilibrium and the price of the product reach the right value. There are, in theory, three conditions that must be met in order for trading to be considered arbitrage.

Arbitration can be two-way or multi-way, but for ease of comprehension, literature denotes multiple arbitrage as “three-way”. We will call them an arbitrage using two currencies, and three-currency arbitrage.

How does the arbitration work?

There are many types of arbitrage. As an example, we can arbitrate work on one or two markets. Labor and demand differ between Eastern and Western European countries. That is why many Eastern Europeans are employed in Western Europe to fill the arbitration gap. This is labor arbitration in one market. The difference between labor markets in the European Union and in Africa is arbitration in different markets.

In Forex, arbitrage is considered when buying a currency pair at a lower rate and then selling the same pair at a higher rate. Here comes the term two-currency arbitrage.

Example: You have accounts with two different brokers who offer a slightly different EURUSD price. Broker A has a 1.1010 exchange rate, while broker B has a 1.10 exchange rate. If you buy ten EURUSD with a second broker, you will get EUR 909,090 for USD 1,000,000. If you sell the euro to your first broker at a 1.1010 exchange rate, you will receive USD 1,000,909. You have just earned USD 909 in arbitration. If both brokers have a spread of 1.5 pips for this pair – pip = 1 hundred thousand units of currency, the transaction cost for this amount would be USD 300, which would leave you a profit of USD 609. The odds difference of 10 pips is not very common, but for many brokers, a difference of 1-4 pips can be found for the same pair. However, if the spreads move above 4 pips, the arbitration strategy is not appropriate.

As we have mentioned above, arbitrage can be considered even if there are exchange differences between several pairs, but for simplicity we will explain triangular arbitrage. This is a bit more complicated than two-way arbitrage, but the logic is the same.

Arbitrage may seem like an easy and profitable business plan, but in fact, this method ranks among the more complex ones. The greatest risk of arbitrage is the implementation process. When opening a position and especially when you close two trades, you need to do it immediately – otherwise you risk transferring the price difference between the entry or exit of both trades. If the sale is above the purchase, then the difference is for you to lose.

Sell EURUSD at 1.20 with one broker and buy at 1.1997 with another broker for profit from the difference in price. Then the position of trying to close as soon as the price of both brokers reached 1.1210, which means a loss of 10 pips from the first trade and gaining 13 pips from the second. The problem is that the execution of a store can sometimes take several seconds. Thus, if the purchase is over immediately to 1.2010, but the sale ends a few seconds later to 1.2015, you lose 15 pips from the second store, which means a total loss of 2 pips and spread to it.

Commencement of business leads to the same risk. Spread is another risk – many brokers have fluctuations that narrow and widen. The scatter can be 1.5 pips for both brokers, which means a total of 3 pips for two deals, and the difference in both prices between the two brokers is 5 pips. It may seem convenient, but if the spread expands to 3 pips when you are trying to quit stores, pay for 6 pips spread and gain 5 pips from arbitration, which will cause a loss of 1 pip.

Arbitrage offers opportunities for interesting profits, but these are very rare for a regular trader. In addition, arbitration requires large capital and high financial leverage to maximize the profit of small differences of the same pair. They are primarily companies with a high frequency of transactions that benefit most from this method using sophisticated programs.