What is the Pin Bars Candle Formation 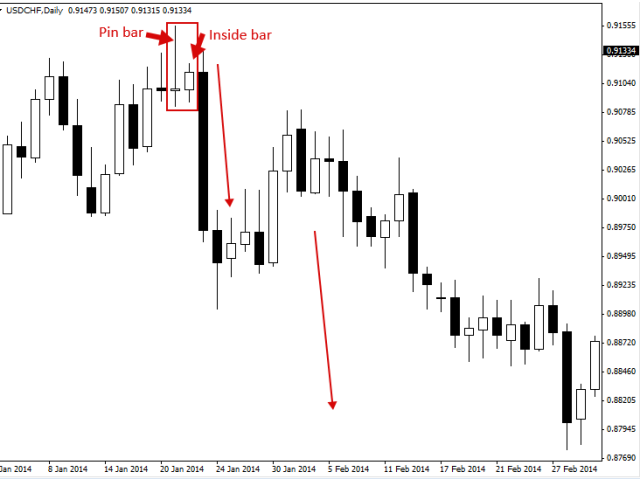 How does the pinbar shape look like, what is the Pin Bars Candle Formation and how to find it right in the chart .

We often hear that waiting for an ideal pinbar is like waiting for an ideal partner. Yes and no. If you expect the exact shape of first candle, it really can be. But if you realize that a pinbar is not a formation that has to be created just over a given time zone that allows us to monitor metatrader4, then you can trade quality pinbars quite often.

Now try to think about how the pinbar looks like a four-hour chart in the daily chart?

Such a pinbar would consist of 6 candles. Or, how would a pinbar look from a 4 hour chart on an hourly chart, otherwise it would be made up of 4 candles. This could be continued up to the minute chart, but it remains true that the market can create, for example, a beautiful pinbar on a 2-hour chart, which, however, does not allow the metatrader to track. What then? Learn to search for a pinbar composed of two candles. Yes, we can trade pinbar, which at first glance does not show signs that it was a pinbar. Yes, of course it is a more advanced technique of pinbars, but its trading rules are identical to those of a common pinbar made from one candle.